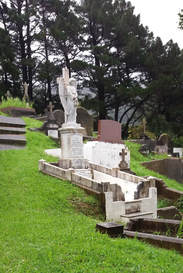 COMMEMORATION EVENT 2018
100 years ago, in November 1918, an influenza epidemic brought Wellington to a standstill. People became sick and began dying early that month, and the number of those infected increased steadily, peaking in the week 19-26 November, and continuing for the next few weeks. By mid-December the infection had more or less run its course, though there were still some deaths in the first few months of 1919.

Nearly all of those who died in Wellington were buried in Karori Cemetery. 100 years later, many of their graves have been cleaned, research has been done into the lives of more than 130 of those who died, and a commemoration programme has been developed to acknowledge the impact of the epidemic, and to restore our collective memory. 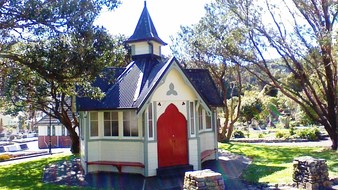 From 11.00am until 4.00pm both days there will be information available at the Historic (Mortuary) Chapel about the epidemic and about those who died.
There will be guides in each of the five areas where people were buried – Anglican, Catholic, Public, Jewish and Services – to talk about the people who were buried, and the work the project has undertaken to clean and tidy their graves. Interpretation panels will have been installed in each of the four areas, and the Wellington City Council will have completed a digital storybook which those with smartphones will be able to access. 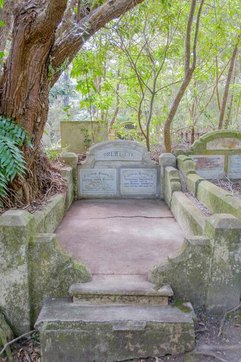 To acknowledge the centenary the Mayor of Wellington, Justin Lester, will make a short presentation at 11.00am on the 18th in the Services section (or the Main Chapel, Rosehaugh Avenue if weather conditions are adverse).

Professor Geoffrey Rice, author of two major publications about the epidemic in New Zealand, will be making a public presentation later the same day.

All events are free and open to everyone. Please note, though, that access on foot to some areas is difficult, with steps and uneven surfaces.