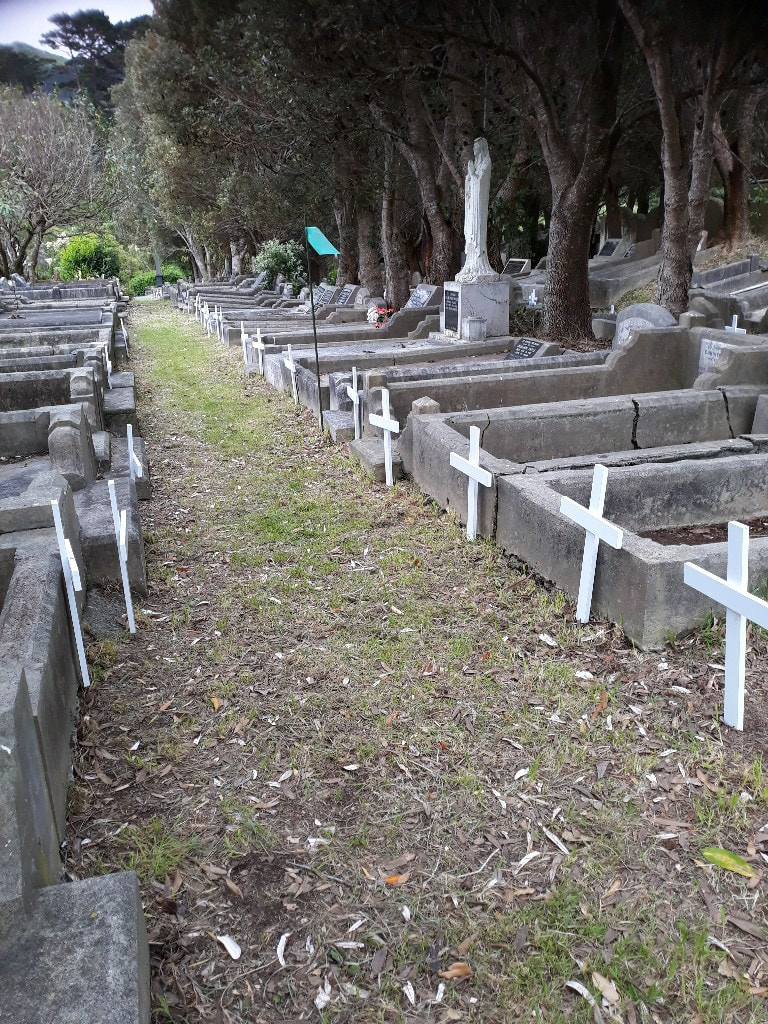 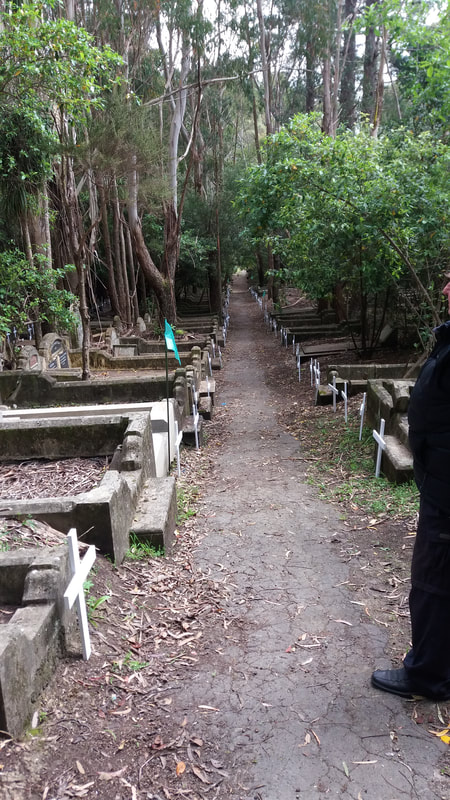 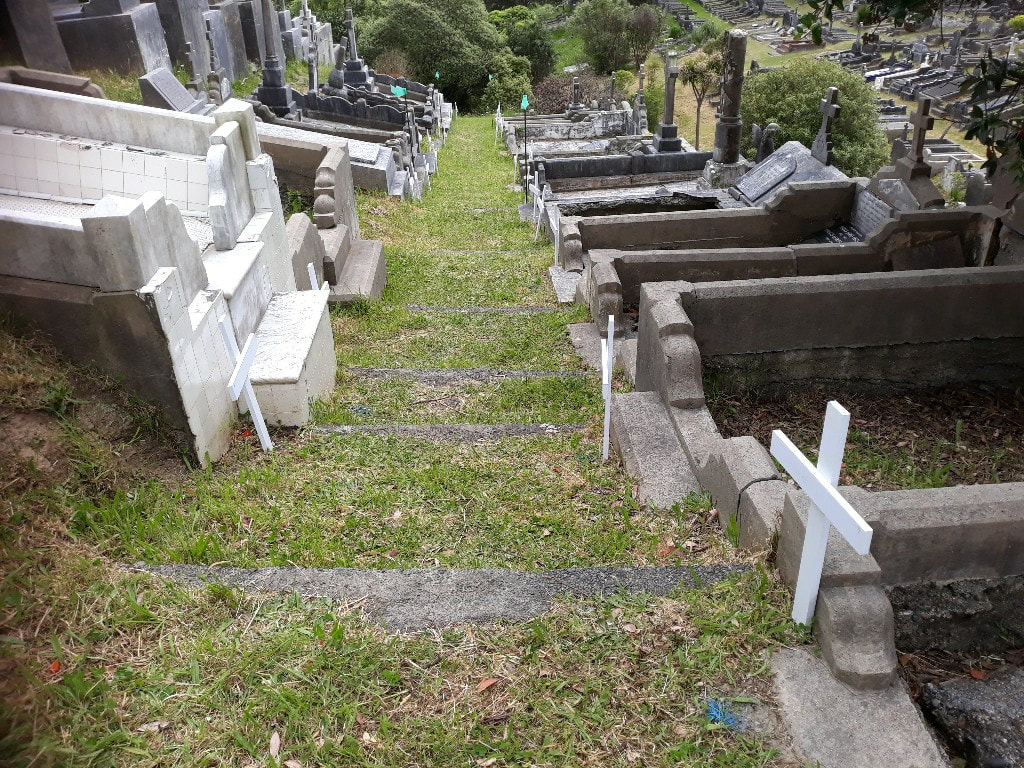 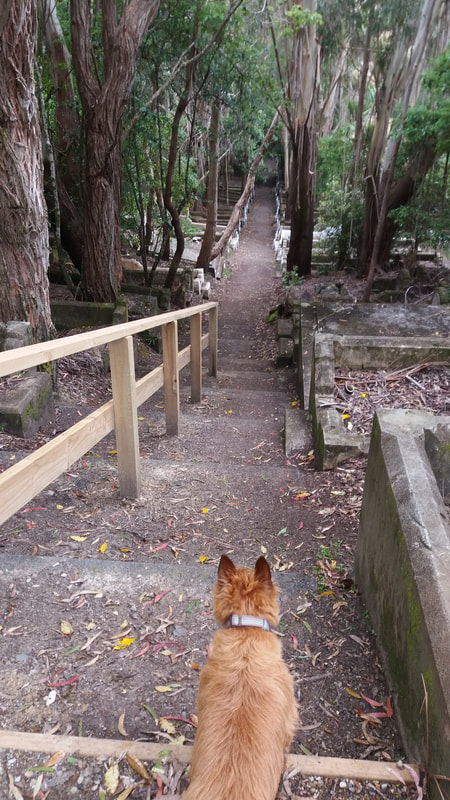 SUNDAY 25 November - come along between 11.00am and 4.00pm to view the display in the Mortuary Chapel (refer map) and to join the tours of the areas where people who died of influenza 100 years ago were buried.  Tours are at 11.30am, 12.30pm, 1.30pm, and 2.30pm. The weather forecast is OK but come prepared for a sprinkle of rain (just in case!). Full details about the programme are here.
A commemoration programme to learn about those who died in Wellington during the epidemic is being held on
Sunday 18 & Sunday 25 November 2018 at Karori Cemetery.
From 11.00am until 4.00pm both days there will be information available at the Historic (Mortuary) Chapel about the epidemic and about those who died. There will be guides in each of the five areas where people were buried – Anglican, Catholic, Public, Jewish and Services – to talk about the people who were buried, and the work the project has undertaken to clean and tidy their graves. These are free events, open to the general public.
Detailed programme and other information about parking, meeting place for tours etc. is here
Follow these links for Programme, parking information, and maps
Last chance to help clean & tidy the graves of people who died of influenza 100 years ago - Working Bee, Sunday 11 November - meet at the Mortuary Chapel by 1.55pm. Tools and equipment provided but bring good gardening gloves, sunblock, drinking water. Good dogs on leads welcome.
If you'd like to know more about soldiers who died of influenza at Trentham Camp in 1918 there's lots of information on www.lynly.gen.nz
- Click on the Upper Hutt Historical projects section (paragraph 4)
- Scroll down to the Upper Hutt Miscellaneous & Historical events section
- Click on Victims Trentham Camp which is in the Influenza section
Thanks Lynly Yates for sharing the information.

On 7 November 1918 the SS Talune berthed in Apia Harbour, Samoa and discharged passengers infected with influenza. Within a few days Samoans started dying, and in a few short weeks more than 8,000 had died (out of a population of 40,000). The consequences for Samoa were far reaching. Watch this compelling and powerful documentary to learn more:
http://www.thecoconet.tv/know-your-roots/pacific-documentaries/1918-samoa-and-the-ship-of-death/
There's a few events & activities about the influenza epidemic during the next few weeks - here's some to note:
A documentary featuring short, personal recollections by elderly New Zealanders about the 1918 influenza epidemic. They recall the symptoms, treatment, and the effect on New Zealand society.
https://www.ngataonga.org.nz/collections/catalogue/catalogue-item?record_id=183933&fbclid=IwAR1bP2PSBwCKhGw9FzyRM03g9JuDgzqGUE6NHlFafL8AqGyn2oi8uew5TdA

Sunday 4 November
8.09am National Radio - an Insight programme about influenza today
2.00pm - 4.00pm     Project working bee in the cemetery
Wednesday 7 November 5.00pm. National War Memorial Hall of Memories.
A dance performance by Le Moana commemorating the flu pandemic in the
Pacific. There's limited space for this, and bookings are essential. FREE.
https://www.facebook.com/events/261059364555583/
Friday 9 November - 12:10pm to 1:40pm
Historians Jane Tolerton, Steven Loveridge and Barbara Mulligan will each draw on their unique knowledge of the First World War to present what life was like after the signing of the armistice agreement on 11th November 1918. The armistice ended the fighting on land, sea and air. FREE.
https://natlib.govt.nz/events/life-after-armistice-november-09-2018
Saturday 10 November @ Te Papa 2.00pm – 3.30pm.  Remembering Armistice: The Influenza Pandemic – Film and Panel Talk
“Join us for a documentary screening and discussion marking the centenary of the 1918 flu outbreak ­– an epidemic that devastated New Zealand and Sāmoa.” FREE.
https://www.tepapa.govt.nz/visit/whats-on/events/remembering-armistice-influenza-pandemic-film-and-panel-talk
Sunday 11 November. 1.00pm -2.00pm Public presentation in the Services Section on why and how the dedicated Services section was created, and some of the stories behind the gravestones, including some of the 108 men who died of flu. FREE.
2.00pm-4.00pm Project working bee.
Sunday 11 November - 31 March 2019. Suzanne Aubert Heritage Centre
Our Lady's Home of Compassion, 2 Rhine Street (off Murray St), Island
Bay. This special temporary exhibition commemorates the Influenza Pandemic of 1918 and the response of the Sisters of Compassion nursing in a stricken city.  FREE.
https://www.facebook.com/events/563435257432984/

Wednesday 24 October 2018. These hard working chaps from Contact Energy spent 5 hours yesterday sweeping, raking, lugging and shovelling debris and tree litter from pathways and unmarked plots in the Public2 section of Karori Cemetery on behalf of the 1918 Influenza Project . Thanks Ronald, Ewan, Hadleigh, Benjamin & Dave - you done real good!!!!! Their efforts mean that when the project volunteers gather for their working bees on 4 and 11 November they'll be able to focus on the graves which need further cleaning and tidying, and the pathways will be safer for the general public visiting on the centenary commemoration days on 18 & 25 November. 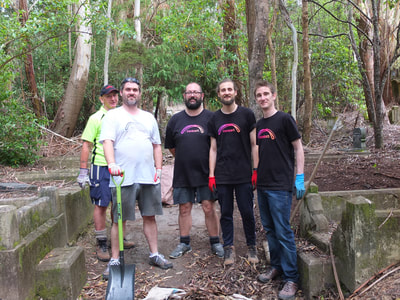 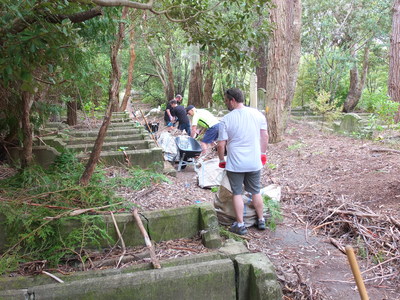 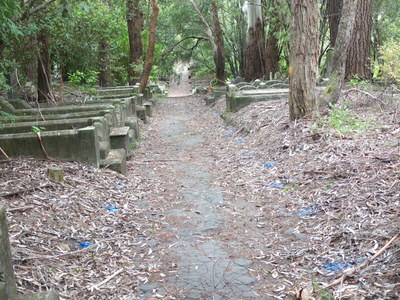 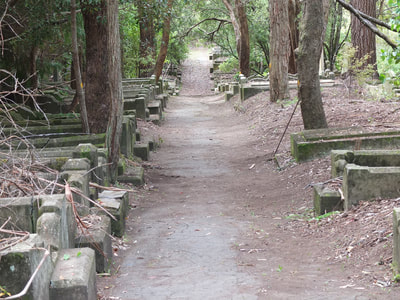 Sunday 21 October 2018. Our latest newsletter has been released on the Newsletters page.
Sunday 14 October 2018. There's a very good item by Professor Geoffrey Rice in today's Sunday Star Times, page A12. Sums up many of the fascinating aspects of this deadly virus and its effects. You can also read it online if you have the PressReader app or, of course, you can access the digital version of the Sunday Star Times if you have a subscription.
Saturday 13 October 2018. There's a change to the commemoration programme on Sunday 18 November - Professor Rice will set the scene about the influenza epidemic in Wellington in his presentation at
11.30am.
Venue - the Main Chapel, Rosehaugh Avenue. 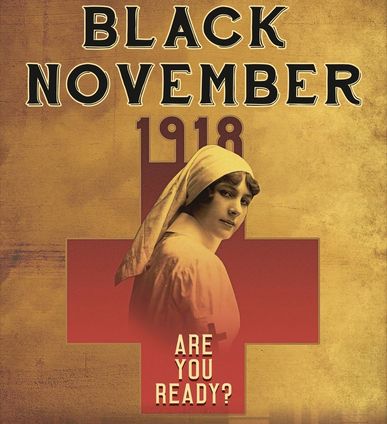 (This production has now ended.)

​There are still tickets available for a production by 3rd year students at VUW's School of English, Film, Theatre and Media Studies directed by Kerryn Palmer.

Details about the production, and a link to buy tickets, are on their website:
https://www.victoria.ac.nz/seftms/about/events/black-november-1918

​Several of our volunteers have already been and recommend it. It runs every evening at 7.30pm until next Wednesday 17 October (except Sunday).

We're going to be able to identify each plot in which someone who died of influenza was buried at Karori Cemetery in three of the five areas of interest for the commemoration days, by installing white crosses used in an ANZAC Day display at the Botanic Gardens earlier this year. They will create a sombre and poignant representation of the death rate in Wellington during November and December 1918. We won't put crosses on the plots occupied by men from India, assuming they were likely not to be Christian, nor of course in the Jewish section. The headstones in the Services section are grouped closely together and the dates are visible, so there's also no need to add further identification. We'll leave the poppy/fern symbol on crosses marking servicemen buried in the Anglican, Public and Catholic sections.
If you can help us on 4 and 11 November to clean and clear the areas  where we'll be installing the crosses and taking people on guided tours on 18 & 25 November contact us on flu1918karori@gmail.com 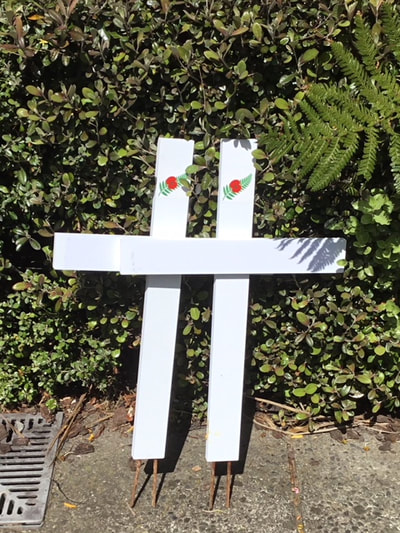 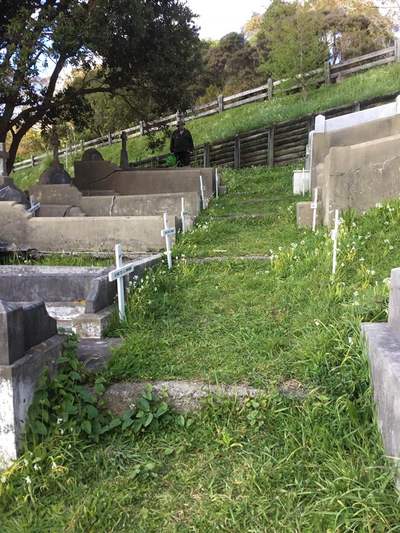